The Sun Sentinel newspaper published on Sunday (17) an extensive article about the increased presence of the Brazilian community in the region of the three most important counties in South Florida, Miami-Dade, Broward and Palm Beach. The newspaper called ‘Brazilian Boom’ the real commercial invasion that Brazilian companies, attracted by the prosperity of the community, have been promoting in the region.

According to Sun Sentinel, companies find fertile ground here due to the hundreds of thousands of South American residents, many of them Brazilian and familiar with Brazilian products and brands.

Among those who have recently arrived, the newspaper cites, are banks, restaurants and airlines. Azul Linhas Aéreas, led by the founder of the American company JetBlue, intends to establish a strong presence at the Fort Lauderdale-Hollywood international airport as of December, when it starts its first flight connecting Brazil and the United States.

But the biggest recent initiative was that of Banco do Brasil, the largest bank in Latin America, with a net worth of more than $ 600 billion, which places it among the 40 largest banks in the world.

In 2011, Banco do Brasil bought a small South Florida bank and today it already has four branches – in Miami, Pompano Beach and two in Boca Raton. The plan is to open five more branches this year, including one at Lighthouse Point.

“Our starting point is the Brazilian community,” said Antonio Cassio Segura, president and CEO of Banco do Brasil Americas to Sun-Sentinel. “After it, we are open to everyone. We want to be a local bank. ”

Another company with a strong presence, the restaurant chain The Shrimp House opened its first branch in Coral Springs in December and today it already operates in four locations, one of them inside the Town Center shopping center in Boca Raton. The chain plans to open one more at Sawgrass Mills this fall, as part of its plan to establish itself with 30 restaurants across Florida.

The focus on the Brazilian community in the state “is a great way to start,” Carlo Barbieri, of the Oxford Group, a consulting firm that has helped Shrimp House and other Brazilian companies to enter the American market, told Sun-Sentinel.

Other restaurant chains follow suit, such as Giraffa’s Kitchen & Grill, which already has a dozen branches across the state, and the refined Coco Bambu, which plans to open a point in Miami Beach.

One of the reasons for this investment boom may be the fact that the last American census showed that the number of Brazilians in South Florida increased by 65% ​​between 2000 and 2012, having almost quadrupled in Palm Beach.

The Census ’American Community Survey estimates that there are 39,000 Brazilians in the region. Community and business leaders, however, say the number is underestimated, because the samples are small and the response rate to the Census is small. The number could reach 200,000 in South Florida and 300,000 across the state, including a large concentration in the Orlando area.

“It is a strong trend,” business consultant Aloysio Vasconcellos of the Westchester Financial Group, based in Boca Raton, told Sun Sentinel. “This trend is to see more and more Brazilian companies coming here and more qualified and well-educated Brazilians investing in Florida.”

previousWhat is the cost of living in Orlando?
next10 reasons to buy property in the USA 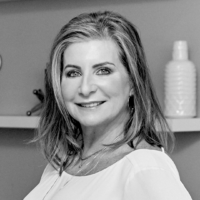 Is it worth investing in the real estate market?

Is the real estate market a good investment? Yes, definitely. As much as many news preaches the slowdown of the sector, this market is still on the rise and reserves good opportunities. Thinking about it,...
Read more
March 25, 2021

Still Not Sure About Investing in Orlando? 7 Reasons You Should

What’s the first thing that comes to mind when you think of Orlando? Is it theme parks and a bunch of tourists wearing flip flops and SPF 50+? If that’s the case, then you, like...
Read more
March 25, 2021

Florida is a great choice for anyone looking to do their university studies. There are very high quality institutions that cost much less than other universities in the country. Florida also has a diverse selection...
Read more
March 25, 2021

10 reasons to buy property in the USA

Buying a home is an integral part of the American dream, even for Brazilian immigrants. It’s great to be able to walk in the front door and know that the house is yours and that...
Read more

This website uses cookies to improve your experience while you navigate through the website. Out of these, the cookies that are categorized as necessary are stored on your browser as they are essential for the working of basic functionalities of the website. We also use third-party cookies that help us analyze and understand how you use this website. These cookies will be stored in your browser only with your consent. You also have the option to opt-out of these cookies. But opting out of some of these cookies may affect your browsing experience.
Necessary Always Enabled
Necessary cookies are absolutely essential for the website to function properly. This category only includes cookies that ensures basic functionalities and security features of the website. These cookies do not store any personal information.
Non-necessary
Any cookies that may not be particularly necessary for the website to function and is used specifically to collect user personal data via analytics, ads, other embedded contents are termed as non-necessary cookies. It is mandatory to procure user consent prior to running these cookies on your website.
SAVE & ACCEPT
Skip to content